Originally found at BikeExif.com and Wired’s Autopia Blog is the Brighton Cafe Racer built by the guys at Streetmaster, who specialize in building custom modern Bonneville based motorcycles.

The Brighton Cafe Racer features a tuned 790cc twin that bumps output to 74 horsepower, 34 percent more than stock. The engine is bolted to one of Streetmaster’s proprietary frames that rides on a stock fork and Race Tech shocks. Period-correct features include clubman bars, rounded triple-clamps and a very cool aluminum tank. The bike weighs 355 pounds. 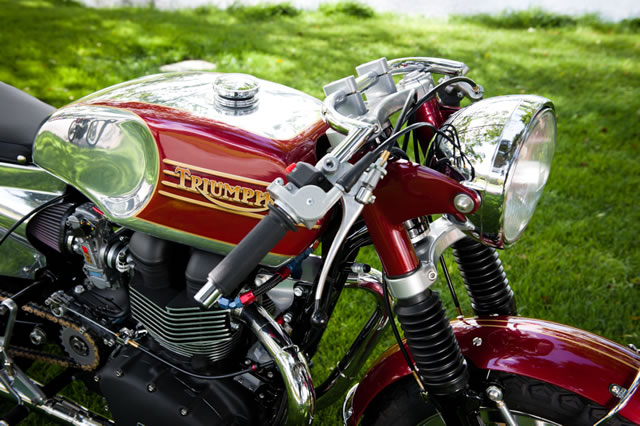 “We wanted the style and panache of what the rockers and ton-up boys used to ride back in England, but with the power, reliability and push-button starting of a modern motorcycle,” CEO Richard Varner said in a statement. “We think we’ve struck the perfect balance between heritage and haul-ass.” 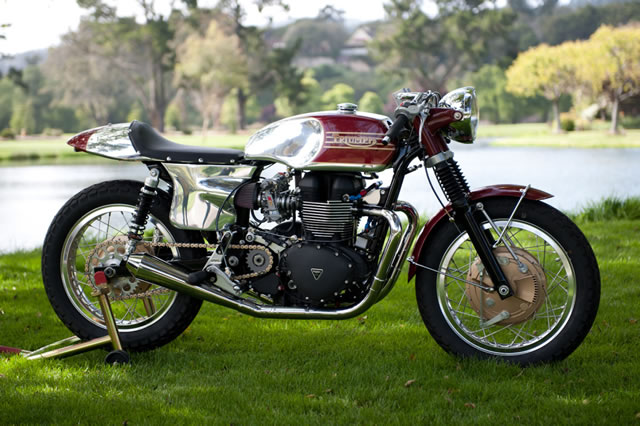 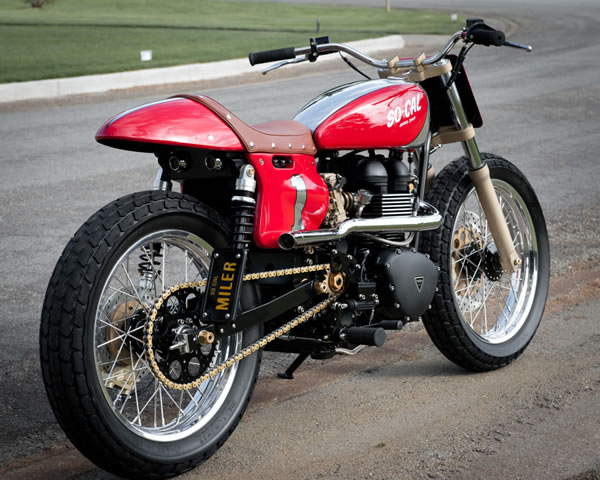 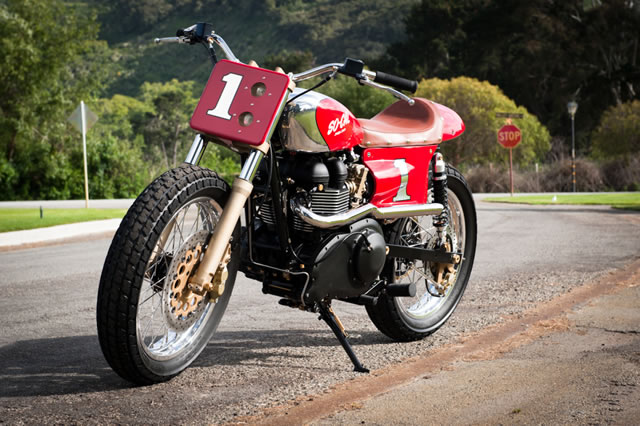 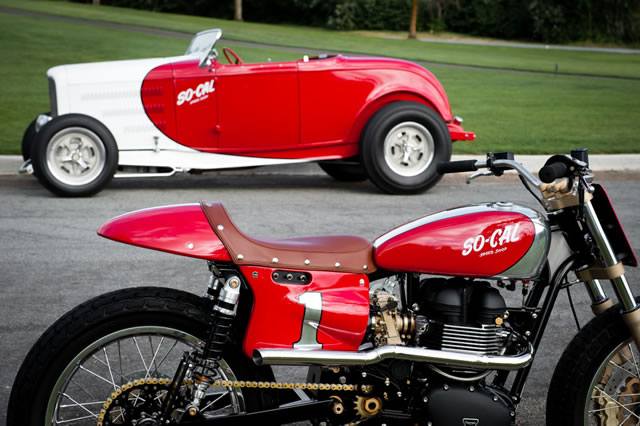